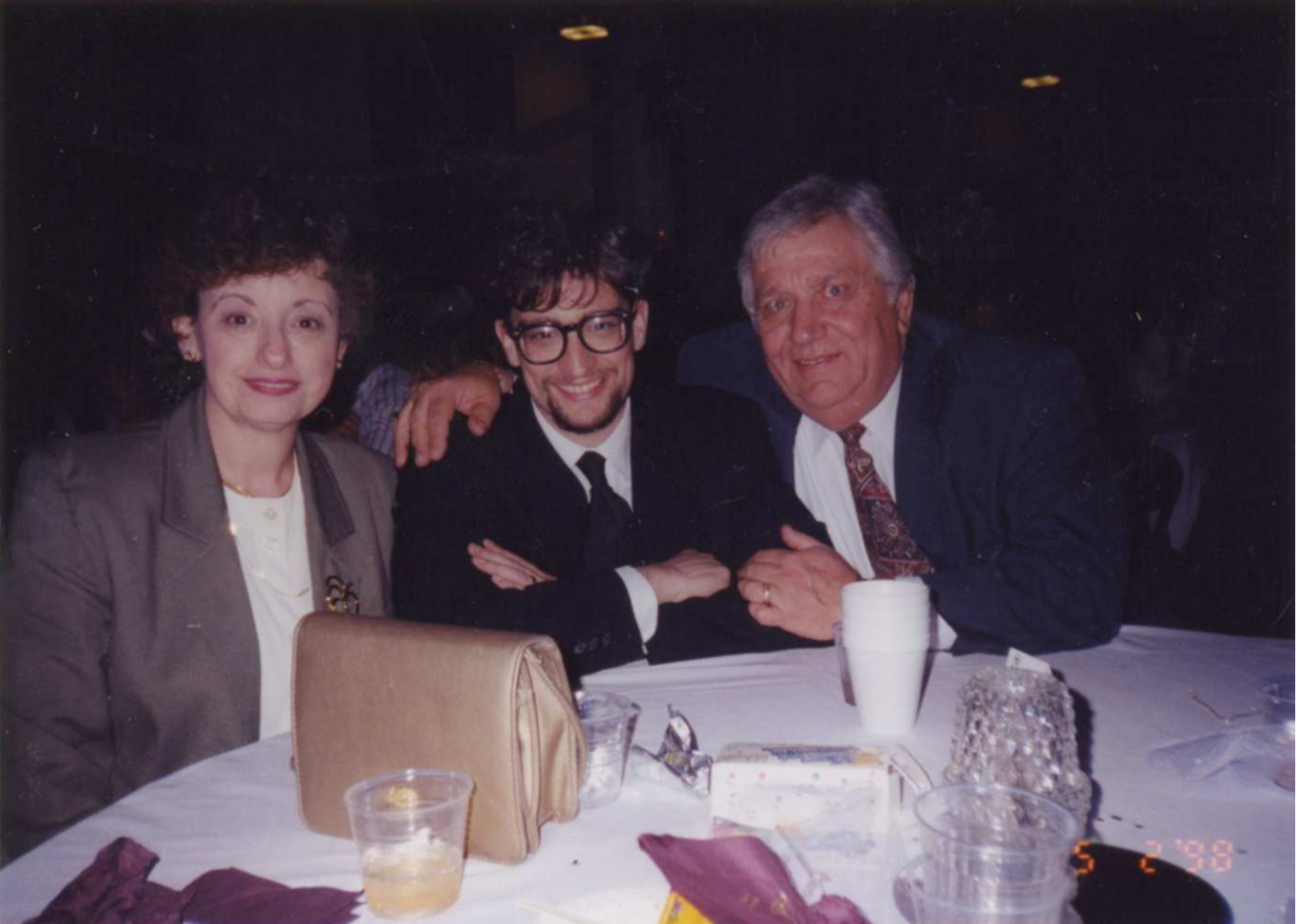 On a father, our values, and a President.

Once upon a time, there was a man, a father, who pushed me to work hard. He worked hard, as a loan officer at a bank, and didn’t make a ton of money. We had a high standard of living, and that standard had little to do with how much money we made.

He would look over my shoulder when I was struggling with algebra or history or English. He would say “The hardest part about being good is proving it every day.” I never forgot that.

We had the typical nuclear family; my parents and my sister and I were together in a Catholic household where we were taught that doing the right things and surrounding yourself with the right people would get you far. Right and wrong were deeply instilled in us. How to conduct yourself, how to be a decent and upstanding human being in society mattered.

Both my mother and father grew up in strict, primarily Italian households. My grandfather was instrumental in my attending Catholic school; he could not fathom any other option. This education was instrumental in the development of my character and my work ethic. The basics were emphasized — honesty, accountability, and respect for others. Looking back I realize now that it was less about the knowledge any textbook could offer. It was more about the important development of myself as a human being.

These recollections are part of the picture of the past that develops in our minds over time. It’s multiple meanings change. But for the most part, that picture encapsulates all the things that comprise our upbringing and the things we have learned and retained. It’s a complicated snapshot of life; a series of vignettes and words, actions and reactions, wins and losses, failings and triumphs. For me that’s five decades of stuff; and so much of it is still pretty crystal clear to me. Or at least, my interpretation of these things are crystal clear to me.

My recollection of my parents was that they represented the bedrock of everything good in the world. They aren’t without their faults, but they wanted us to behave with respect and dignity, and to live by the values they did such a fantastic job of instilling in my sister and me.

Now, these values and my recollection of my upbringing have sadly come into question.

We have all received forewarning — when with family steer clear of discussing politics. It’s understandable considering how divisive our world has become. Especially since the election of our current president, Donald Trump. Political party lines are less like lines and more like thick impenetrable firewalls.

But it struck me after a heated exchange between my father and me on Christmas day that this was not about politics at all. This was about those values we grew up coming to know. While we can disagree about policies put forth by Republicans or Democrats, the existence of Donald Trump now creates a deeper moral issue. To defend Donald Trump is to snub your nose at everything my upbringing taught me. And to hear your father defend him is crushing.

Consider the fact that my Dad was a loan officer for most of his life. Can you imagine a customer walking into that bank, asking for a loan, but refusing to let the bank review his financials? My Dad would have shown him the door. But somehow Trump’s refusal to share his tax records does not put up a red flag for my Dad. What is Trump trying to hide?

Or consider Trump’s disgusting pantomime of a handicapped reporter. I can not imagine if I had done something like this as a child the chastising I would have gotten. But it’s completely okay now, and behavior worthy of the highest office in the land.

Trump’s mocking of his political rivals after they are deceased is unconscionable as well. Consider his implication that longtime Representative John Dingell was “looking up” from hell after his wife, Congresswoman Debbie Dingell, voted for Trump’s impeachment. Or consider his assertion that “I don’t like people who get captured” when discussing respected senator John McCain who is widely considered a war hero and one of our greatest statesmen.

Or how about the white supremacist march in Charlottesville, in which Trump remarked, “There are good people on both sides.” The implication that there is a “good” white supremacist, coming from the President of the United States, is unconscionable.

And now we are in the midst of a pandemic, one of the most disruptive events in our history, which is upending life as we know it. Trump’s response to it may be the starkest evidence that he’s woefully short on empathy. Consider the response to a reporter during early in the COVID-19 pandemic, in which, responding to a perfectly valid question, said: “you’re a terrible reporter.” It displays exactly the opposite of the character we were taught. If I, at any point in my life, had behaved like this, my parents would have been severely disappointed in my actions.

In fact, he is pretending like the pandemic isn’t happening, talks about it sparingly, and lends a deaf ear to medical experts. He is a woefully ignorant person who has little care for people, their well being, their security, and their success. His endless lack of deep thinking skills, which were apparent when he was running for president, is gut-wrenching. Even a declaration as simple as “wear a mask,” escapes him, when it is painfully obvious that he needs to take the lead and tell everyone that it worked in other countries and it can work here.

And remember when he told us to drink bleach and stand in the sunlight?

He shut down the Obama administration’s pandemic response team. He allowed travelers from Wuhan, China to re-enter the country when all the signs were that this was a very real threat. And has spoken to re-opening the economy prematurely, with no real, measured plan in place to do so.

And beyond the pandemic, his reaction to social and racial tensions falls ridiculously short. God forbid he would stand in front of a crowd and proclaim “Black lives matter.” When’s that happening?

I can’t stress enough how telling you all this has nothing to do with politics. It has to do with being a good human. And demonstrating the things my parents taught me.

Was Hilary Clinton an ideal candidate? That’s debatable. But given her experience, her political lineage, and the fact that she knows the office of the president of the United States is a position in which you serve the people of this country and not yourself, this election should have been a no brainer. Now we’re stuck with a monster, a monster that people I know, love, and respect were perfectly okay with. I wish this was about policy and that we could debate the varying pluses and minuses of political thinking. We could be talking about Romney or Kasich or name that Republican candidate. But it’s not. And we’re stuck with darkness.

This is about the immature, inhumane, undignified, and disgusting manner at which our president goes about his business. To add insult to injury and more insult, The New York Times compiled a list of the nearly 600 instances in which he lobbied an insult on Twitter.

So here we are.

My Dad is part of a group of people who all had kids in the 60s and all carried the small-town values that made us who we are today. Most of these people are pro-Trump and given where we came from it’s hard to believe. In 2020 we have a new choice, and I hope they will at the very least turn their back on Trump and do the right thing and vote for a different candidate. But really I have no way of knowing.

Most of these people have grandchildren now, and you’d think that when you get closer to death, there would be a desire to leave the world better than you left it. I’m doing my best, with varying degrees of success to carry on the traditions my parents showed me.

It all gets back to the very nature of fatherhood. We set an example. We create an environment for success. We try to provide our kids with the tools they need to go forward and be successful. And we do what we can to instill integrity, dignity, civility, and goodness. We may have flaws but our hearts are in the right place.

With my Dad and many in his generation, that heart has lost its way. I hope it finds its way back.